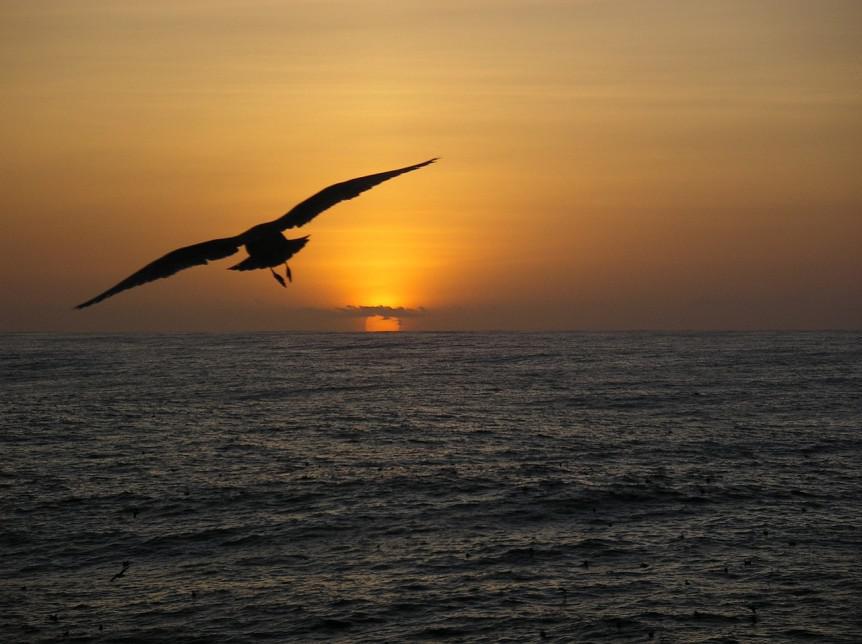 My patient Albert died a few days ago. He was 62, and left behind a beautiful wife, 3 children and 4 grandchildren. It was my honor and privilege to help guide and support Albert and his family during his final days on earth.

Albert was a successful CEO whose life was in full swing when was diagnosed with an aggressive form of thyroid cancer just over a year ago. He had surgery and a series of treatments directed by some of the best doctors in the country. Despite the surgery and treatments the cancer spread within his throat, and to his lymph nodes and his lungs. After a courageous battle, Alfred took his last breath and transitioned to the next adventure. His spirit is free. His pain and limitations are no more.

Albert’s family gave him the gift of allowing him to remain at home, in his own bed with a view of the Pacific Ocean, caring for him lovingly and compassionately while he gently slipped away with all of them by his side. From what I could gather, Albert had a wonderful life. He definitely had as calm and peaceful a death as anyone could have hoped for.

Albert’s quality of life had remained fairly good during the first year of treatment. Things changed drastically a few weeks ago when he underwent a tracheostomy (a breathing tube inserted through an incision in the throat) because the tumors were spreading and threatening to close off his airway. After the surgery, Albert had trouble eating and drinking, he lost weight and he became progressively weaker.

At that time his primary doctor suggested that his family contact me, so I could help support them in making the best decisions going forward, assist them in getting the additional care they needed at home and guide them along his final journey. They were unsure about whether he should continue treatment, and were looking at all the options and considering all the factors.

I was honored to be Albert’s physician and his family’s guide during this challenging, yet beautiful phase of his life. Had they not contacted me, I’m certain there would have been much more pain, stress, frustration and fear as his life came to its end. There would have been anxious calls to doctors, panicked trips to the ER, and who knows what other examples of the craziness that typically punctuates this stage of a person’s life.

I’m grateful to have met Albert and his family. They are incredibly warm, gracious people. The first time I visited Albert I was impressed with his genuine warmth and his extreme politeness. Even though he was very weak, coughing and occasionally struggling, he made sure to offer me a seat and to find out if I wanted something to drink. Communicating was difficult for him, as he couldn’t speak due to the tracheostomy tube in his throat. He expressed himself by texting on his phone or writing on a pad of paper.

It was clear when I first met him that Albert only had a short time to live. I estimated that he had weeks left. I believe Albert also knew he was dying soon. His family must have sensed it too, but wouldn’t voice it or discuss it. One of my primary goals at that point was to make sure he and his family understood that further attempts at treating the cancer would not be helpful—they would only cause more discomfort, disruption and stress. They would postpone, or even eliminate, the ability to create the peaceful and tranquil experience they all needed to have at that point, without offering any real hope of improvement.

During the first days that he was my patient there were many discussions, in person, on the phone and via text, with Albert and his family (primarily his two sons.) They had been providing most of his care in the home, and they were frazzled and terribly afraid of what might happen. They didn’t know what to expect, and despite having a good relationship with a primary care doctor and a palliative care doctor, they admitted that they were terrified that their father would suffer with pain, from trouble breathing, and from things they couldn’t allow themselves to imagine.

The overwhelming feeling in the home when I first came was fear. I could see it in everyone’s eyes. What should we do? What can we do? Should he continue treatment? What will the end be like? These questions were consuming them, so we took them one by one and addressed them. We continued to address them as the days went on, and Albert became weaker and required more pain medication and anti-anxiety medication to keep him comfortable. Ultimately, Albert made the decision to forgo any further attempts at treating the cancer and focus entirely on being as comfortable as possible until the end.

On a visit just a few days before he died, I asked Albert how he was doing. He thought for a few seconds and then mouthed the words, “I’m happy.” What? This man had advanced cancer, a tracheostomy tube in his throat, he couldn’t lift himself up in bed or swallow, was getting pain medication around the clock and only had a few days—a week at the most—left to live. But he was happy. Amazing.

Yet I wasn’t completely surprised because a few days before that he had scribbled a note to his family telling them that the past several days (days in which he was confined to bed, required around-the-clock nursing care and needed assistance going to the bathroom) had been some of the best days of his life!

Albert was a very successful business owner. He had traveled the world and enjoyed many of the finer things in life. With his beautiful wife, 3 grown children and several adorable grandchildren he had created a beautiful life, yet there he was, lying on his deathbed at 62, feeling happy and content.

I’ve thought about this a lot since then and think I’ve come to understand what was happening, at least to some degree. It’s incredibly important for me to understand this, because my mission is to help as many people as possible have an experience like Albert’s when they are facing the end of their life.

I believe there were three primary factors influencing Albert’s state of mind at the time.

First, his family was surrounding him—all three children and grandchildren were together— showing him love and affection, uniting together for a common cause. This was clearly making him happy.

Second, the mystery of when his life would end was over. The time frame was known, if not exactly, at least within a narrow range. This mystery—when our life will come to an end—is a source of anxiety and fear for many people, if not most people. Albert did not have this anxiety any longer.

Third, which is where I come in, Albert was assured that as his life came to a close, and at all times leading up to it, he would not have to suffer. I gave him my solemn word that he would be comfortable and would not struggle from pain or other symptoms while I was on his team. The uncertainty that most people have around this—whether death will be painful or a struggle—is another great source of anxiety and fear, for patients as well as family members. Being able (and willing) to provide assurance that the pain and struggle will be avoided, or at least significantly minimized, is, as I am coming to find out, one of the most valuable gifts I can offer people.

When my father died several months ago, I made that same promise to him. Fortunately, he didn’t need much support there, as he remained fairly comfortable without medications until his transition. I believe my father’s end-of-life experience is the gold standard to shoot for.

I’m very pleased to share that the first two patients to transition in my new practice have had equally peaceful and beautiful experiences. Helping to guide and care for both of my parents in the last phase of their lives gave me truly valuable insight and knowledge that will continue to benefit families and patients I care for years to come. Thank you mom and dad for that gift. I know that Albert and his family are grateful.