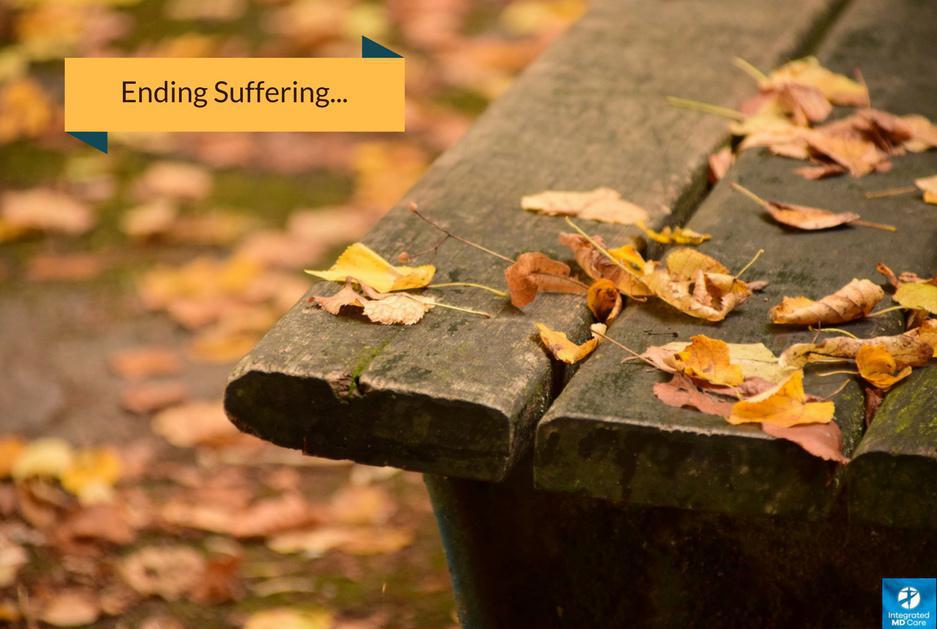 Death can be beautiful. Six states now have aid-in-dying laws and more are attempting to pass bills. This is a personal account from my perspective as a doctor about a patient who chose to exercise her end-of-life option. –Dr. Bob Uslander

From the outside, this Sunday morning looked as if I were just heading off for another normal day.  But it wasn’t just a normal day.

As I waited for my bagel and coffee at my neighborhood cafe, I heard people near me chatting about “normal” things; the weather, their bike ride, their children. I found it slightly amusing to imagine how they would respond if I told them what the day would hold for me.

In a short while, I would be attending a death.

How could this be?

I was going to the home of Faith, a 95-year-old woman who was a patient of mine, and along with her son and daughter, grandchildren and great-grandchildren, I would watch as she drank several ounces of liquid medication, that I prescribed, that would quickly end her life.

I prefer to think of this event as a transition–a releasing of the spirit and the freeing of a person from constant pain and suffering. But still, in layman’s terms, it’s a death.

Before I go on, let me assure you, this is not a normal day for me. While it is something I have been part of a number of times now and will be again, it will never feel normal, or ordinary. It is, in fact, extraordinary.

I know most people look at death as a sad, tragic event. But the time that I have spent with my patients and their loved ones leading up to and during these transitions has opened my eyes and shown me the importance of our right to choose how, when and where we will leave this world when faced with a terminal illness.

In 2016, California passed the End of Life Option Act making it legal to provide medical aid in dying for patients who have been diagnosed with a terminal disease. Each time I’ve supported a patient who has chosen to exercise his or her legal right to Aid in Dying, I have been firm in my belief that it was the best option for them, given their circumstances. And each patient I’ve supported has been incredibly resolute in their decision. No wavering whatsoever.

But even though it’s legal, and I have been firm in my conviction that it is the right decision for the patient, these events still create a flood of emotions for me each time.

This morning, as I got closer to Faith’s home, the emotions mounted. A part of me didn’t want to get there because then it would be real, and it would happen.  But I kept coming back to the only thing that really mattered–this woman had lived a very good, long life, but was now suffering every day.  Each morning when she woke up, she was filled with dread at having to live through another day. A great life was being marred at the end, turning into an existence devoid of joy or dignity. She deserved better. She deserved to have the choice of whether or not she would continue to struggle.  She earned it. Fortunately, as a competent adult in California, it was now her legal right to make this choice for herself.

I knew that Faith’s family would be anxious and overwhelmed with emotions as well. I also knew that it would ultimately be healing for them to know that they had supported her deepest wishes and granted her the peace and freedom she had been begging for. At first, they had all been opposed to her decision to end her life but had come around to believe that this was truly best for her and was what she wanted.

Her son Dale had told me a few days ago that Faith told her children and grandchildren that they could come to the “event” if they wanted to, but it was up to them, and she wasn’t expecting anyone other than one granddaughter who lived nearby.  Dale asked me if I thought they should be there.  I told him that each person had to decide for themselves. Would they feel regret if they didn’t?  I knew she would want them there.  She hadn’t said that exactly, but I could tell.

Faith’s transition was an amazing experience that brought a family even closer together.

When I walked into her compact apartment at 8:45 am, there was a group of 10 people, including her son and daughter, grandchildren, a great-granddaughter, and two hospice volunteers surrounding her. She was like a queen holding court–everyone kneeling or sitting near her as she sat back in her favorite recliner. I learned that all of these family members had been with her the past two days, sharing stories, some that had never been shared before. They laughed, cried, held hands, and just enjoyed being together in this particular way for the very last time.

I had arrived a few minutes late because I ran into some traffic. Faith gave me a hard time about being late to her party.  She was ready to get started and was not happy about any changes to her timeline.

Ending Suffering: An End-Of-Life Transition That Releases The Spirit

Without fuss or fanfare, Faith drank the mixture that was prescribed by me and prepared by her daughter, and then she gently fell asleep a few minutes later. I spent some time describing to her family what might take place as the medication began to suppress her breathing and eventually her heart. I wanted them to be prepared for whatever might unfold, as each patient has a different experience.

Faith remained very calm and peaceful. She was in a very deep sleep that she would never wake from. For 30 minutes we sat together and watched as her breathing became shallower and slower. The mood was generally quiet and serene, though occasionally someone would share a thought about Faith, or about their relationship, or something that had happened during the past two days.  There were tears, and there was laughter. And there was a sense of connection and bonding among the group that was indescribable. Something sacred was taking place, and we were all sharing in it.

Forty minutes after taking the medication, Faith took her last breath. A few minutes later her heart stopped beating. She was released. Ascended. At peace and free from suffering.

Tears continued to flow. But now, in addition to tears of sadness, there were tears of happiness, and tears of relief.

Then one of the hospice volunteers suggested that we give Faith a standing ovation, for a life well lived. For a full minute, we stood around Faith and clapped, and smiled, and celebrated a woman who had lived life fully on her terms, and transitioned out of this life on her terms as well.

After answering a few questions and confirming that a hospice nurse was on her way to assist the family, I excused myself. My support was no longer needed.; They had this.

As I drove back toward home, I reflected on what a gift it is for me to be part of this sacred journey for people. I could never have imagined, back when I was considering medical school, or even as a practicing emergency physician, that my path would lead me to deliver this type of care.  But the universe guides us where we are most needed, and it is up to us to be open and allow ourselves to be led. It feels like I am just following that guidance, and it feels right.

Start the End-Of-Life Conversation: Here’s How

I am often asked, “How can I start a conversation with my loved one about their final wishes?”. I know this seems very challenging, but it’s actually easier than you think.

More and more people want to talk about end-of-life options. When California passed the law, it became only the fifth state to allow medical aid in dying. This is still a highly controversial law, but it’s one that puts power in your hands or the hands of your loved ones. It is after all your life.

However, if you don’t have the important conversation about end-of-life wishes, you or your loved ones may not have the opportunity to exercise this right.

I’ve created a simple guide to walk you through how to get the conversation started. I encourage you to download it here and start finding out what matters to you and your loved ones in the final stage of life.