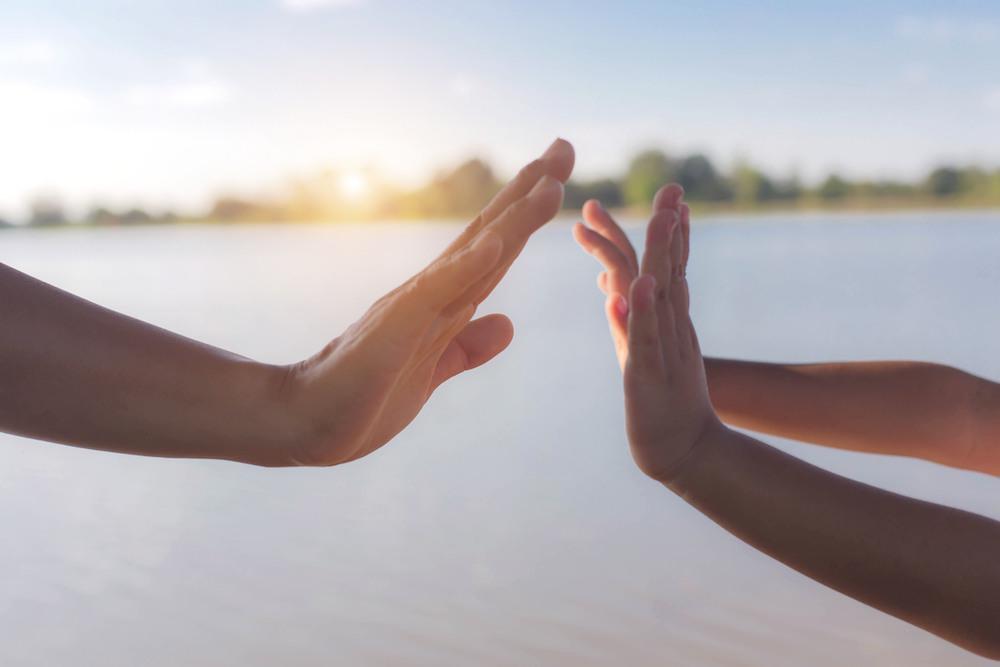 I fell in love with Jane the first time I met her. She was sweet, gracious, and beautiful. She had just turned 80, but could easily have passed for 65.

Every time I visited Jane at her home she was dressed impeccably, made up beautifully, and had a tray of gourmet snacks and refreshments set out. She was a flight attendant for many years, and while she had retired years earlier, she still prided herself on taking excellent care of others.

You’d never have guessed that she was dying of lung cancer. But she was, and that’s why I was there.

Jane had been diagnosed back in 2013 and had surgery to remove the tumor, allowing her to live the next three years fairly normally.  However, as is typical for lung cancer, it eventually recurred, and she was faced with the difficult decision of whether to undergo further treatment or not.  The oncologist recommended chemotherapy, but Jane had watched a very close friend go through agonizing cancer treatment a year before, so she was adamantly opposed to this.

At this point, Jane and her husband, Louis, asked me to their home to ask for my help. Jane was a take-charge kind of person, and she was committed to doing whatever she could to ensure a peaceful and dignified death. When she learned her cancer had returned a few months back, she began a search for a doctor to support her through the legal aid-in-dying process. This proved to be more challenging than she’d anticipated until a hospital social worker gave her my card and told her that I am willing to support patients who qualified for physician aid in dying through the California End of Life Option Act.

In our first meeting, once I’d learned about her situation and determined that she qualified, I assured Jane that I would help her get a prescription and guide her through the process if that was her decision. From that moment on, she felt a sense of calm and peace that had been missing from her life since the cancer was first diagnosed back in 2013.  She finally felt that she had some degree of control again.

As I’ve experienced before, the simple act of being willing to support her in exercising her legal right made me a knight in shining armor in her eyes.  For me, I was just doing the right thing.

Shortly after that initial meeting, I spoke with Jane’s oncologist to hear his thoughts and recommendations. I also accompanied Jane and Louis to an appointment with him. Knowing that she wouldn’t accept chemotherapy, he was encouraging her to try a new immunotherapy agent that “might” allow her to live a few extra months, though there was no data showing that it would help with her type of cancer.  She was strongly opposed to any treatment that might make her feel worse and rob her of a moment of time with her family, so she rejected this recommendation. She liked this oncologist very much and didn’t want to upset him by dismissing his recommendations, so she asked me to communicate her wishes to him, which I did.  This took a heavy load off of Jane and Louis.

Even though they had contacted me specifically to help her get an aid-in-dying prescription, when they learned more about my personalized medical practice, they signed up for ongoing care and over the next several months, we developed a very special relationship.

Both of my parents died from lung cancer in the past few years, so I knew what Jane was up against. My mom was 80 when she died and my dad was 81, so this was hitting very close to home for me, and I felt a very special connection. While I couldn’t do anything to rid her of cancer, I knew I could help support her and her family and reduce their struggle significantly.

Jane didn’t need much support at first, so during my visits we spent much of the time discussing our families and our lives. Her pride and joy was her two-year-old grandson, Tyler.  I gave her a copy of the book my mom published before she died, That’s What Grandparents Are For. The book is a series of poems about special moments my mom shared with my children. I knew Jane would enjoy reading the book to Tyler when he visited.

After a few months, she started having more challenges with pain, nausea and some shortness of breath.  My nurse and I made several home visits and numerous phone calls to address these issues, but they persisted. When Jane was ready, we brought on a hospice team to assist in providing medications and responding to any urgent needs.

We were able to help her feel somewhat better, at least most of the time, but she was losing weight, feeling weaker, and losing her sparkle.  She’d made it clear to me, and to her family, that she would not allow her condition to decline much more before she’d be ready to schedule her peaceful exit.

Then I received the call I knew would be coming, but was hoping wouldn’t be so soon.

Louis told me that she was ready to take the medication and wanted to schedule the date so I could be present. Legally, I couldn’t do anything to physically assist in the process, but I could be there as a comforting presence and to give them more peace of mind, as I’ve done for a number of patients and families over the past year. I certainly wanted to be there for Jane.

I met with them in their home the day after that phone call.  Jane was even weaker and thinner than when I’d seen her less than a week before.  She was holding onto furniture and walls to steady herself as she walked.  There were no refreshments set out.  Jane seemed small and defeated until we started talking about the aid-in-dying process.  Then she came to life.  It was fascinating to me how much she brightened when we started talking about her death.  She reaffirmed to me, her husband, and her daughter, Kay, that she was ready for it to be over.  She was tired and couldn’t fight it any longer, nor did she want to.

Jane wasn’t suicidal. She didn’t want to die. She wanted to live. But she was dying, and her life and her dignity was eroding more each day.

Jane was done with this. She knew what was in store for her future if she continued to live, and she wanted no part of that. Louis and Kay were heartbroken at the thought of losing her, but they understood and supported her decision.  It was beautiful to observe that incredible act of selflessness on their part.

As is often the case in these situations, I was conflicted.  I wholeheartedly supported Jane in her decision. I believed that I would make the same decision if I were in her shoes.  Yet I also know the pain of losing someone I love dearly. Realizing that this pain would occur for her family even sooner as a result of her actions (and my support of those actions) evoked strong and familiar emotions in me—emotions that I’d never had to deal with in my career, or my life, prior to doing this sacred work.

We discussed the details.  How to open the capsules, what to mix it with, who should be present, what happens after?  After all the questions were asked and answered, she set the date for two days from then.

As I was driving toward her home for our last meeting two days later, I felt a familiar combination of excitement and dread.  Excitement for Jane because I knew how much she’d been struggling, and each day was becoming harder to get through.  She deserved relief, and that’s exactly what she’d be getting.  Dread because it’s always difficult to see a person die—especially someone who is so loved and adored. More dread because I loved her, and didn’t want to say goodbye to her. And dread because even though I’d encouraged her to take the more expensive and predictable aid-in-dying medication, there was no guarantee that everything would go smoothly and quickly, as I’d assured them it would.  While each of the deaths I’ve attended has been peaceful, I could imagine all kinds of unpleasant scenarios.

As I got closer, I had the urge to turn around and go home.  I knew they were waiting for me, and that she wouldn’t take the medication until I arrived.  If I didn’t show up, it wouldn’t happen.  But, of course, I wouldn’t do that to Jane nor any other patient.

I arrived at her home at 6 pm, the agreed upon time.  I was greeted by her husband, daughter, and sister.  Jane was in her bedroom, wearing a beautiful gown and made up as if she were going to a party. She looked beautiful.  And peaceful.  The song Hallelujah was playing.  It was the most loving and supportive atmosphere I could imagine.

I spent some time alone with Jane, holding hands and talking about nothing in particular. Then I asked if she still wanted to go through with it. There was no hesitation.  “Yes,” she said, “I can’t stand the way I feel, and I know it will only get worse.” She was right.  Sadly, it would only get worse.

Her sister prepared the medication in the kitchen and brought it into the bedroom, and we gathered around Jane on the bed.  After a champagne toast to her incredible life, she bravely drank the mixture and lay back, waiting calmly, aware of everyone around her.

With tears streaming down her face, Kay kissed her mother and whispered, “Don’t worry, I’ll see you in the blink of an eye.”

Surrounded by the people she loved most in the world (besides her grandson, who was not present) Jane fell asleep within three minutes. With her family holding her, stroking her, and telling her how loved and admired she is, Jane’s breathing gently slowed, and then stopped.  Less than 15 minutes after taking the medication, Jane’s spirit was released, no longer imprisoned by the body that had failed her.

After a bit, I left Jane’s family to have their grieving time together and drove home to be with my own family. Before I left, Jane’s sister, Grace, hugged me and whispered, “Jane loved you. After the first time she met you she told me, ‘Everything is going to be ok. I have Dr. Bob now.’”

Knowing that Jane felt this way gave me great comfort.  What more could I ask for than to know that my work allowed a woman I had come to love—a woman who was painfully dying from cancer—to feel that everything was going to be ok?

We all deserve to have control over how, when and where we die.  It breaks my heart to see terminally ill people, with only weeks or months to live, not be allowed to make the single most important decision of their life–whether to continue living despite their suffering or to die on their own terms.

This is what gives my life meaning–knowing that I am helping people live with less fear and more joy while they’re alive and helping them escape from the prison of their disease ravaged bodies and transition out of life with more peace and dignity when the time comes.