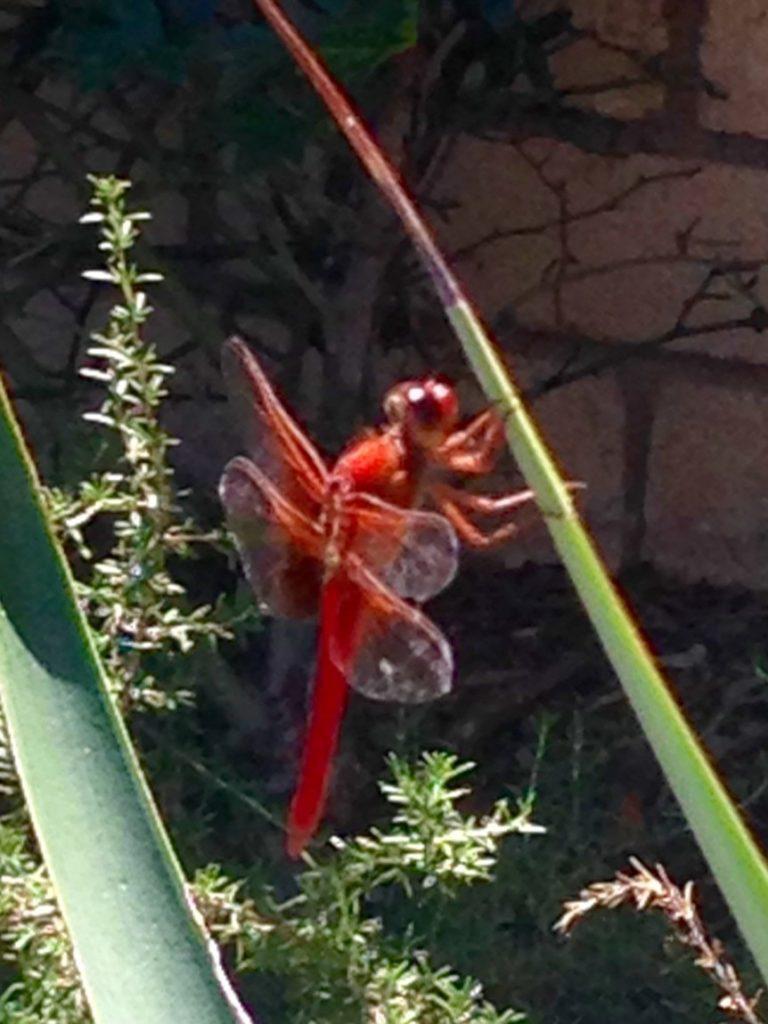 I believe she is in a better place now- a place with no limitations and no pain- a place where she is embraced and infused with love and light.

But still, I miss her.

I’m surprised by how much I miss her.  Over the past several months she’d been ill and not really thriving, and I felt like I’d been preparing for a life without her.  But I don’t think it’s possible to be truly prepared for the death of your mother.

Mom’s health had been declining over the past year or so, and because of this there were times when I actually thought it would be better for her if she went to sleep one night and didn’t wake up.  There were times when I thought it would be better for everyone if she didn’t live much longer.  Those thoughts felt wrong to me when they came, but they still came now and then.

In my heart I believe that she’s better off now.  It had gotten to the point where I don’t think the quality of her life justified the struggles she was facing.  But are the rest of us better off now?  That’s very difficult to say.

I find myself thinking about her very often.  When she was alive, I usually didn’t notice when she entered my thoughts.  Now that she’s gone I am far more aware.  It happens a lot.

Before she died I wondered if she would send me any kind of signs or messages once she was gone.  I am a firm believer in the inter-connectedness of all beings, and that there is a dimension of life (and death) we are mostly unaware of.  I am very open to being communicated with, and believe that communication between the dead and the living often happens through birds and flying creatures.  Shortly after my good friend Darren died of melanoma in 2001, I had a very close encounter with a pair of dragonflies near a lake, and I’m convinced that Darren’s spirit was guiding those dragonflies as they mesmerized and comforted me.

A few days after my mom died, on the Fourth of July, I was sitting on my back patio just before sunset, talking with my family and watching the various birds flying overhead.  Suddenly, a large dragonfly entered my field of vision.  It hovered nearby, then flitted across the yard, swooping behind and around me, coming within a few feet of my head a several times.  I looked over at Sandy and asked “Have you ever seen a dragonfly in our yard?”  She hadn’t. Neither had I.

I didn’t ask the dragonfly for any messages or seek further meaning from this.  I readily accepted it as a gift from my mother, an assurance that she and I continue to share a deep connection that even death can’t separate.

The dragonfly continued its routine of darting, swooping and hovering nearby for about 30 minutes, until the sun had set.  At this point we left the yard and walked to the beach to watch the fireworks.  I continued to feel the comforting presence of my mother very strongly the rest of that night.

I don’t know whether or not I’ll ever see the dragonfly again, but it doesn’t matter.  That connection was enough for me to know, without a doubt, that my mom is still around, influencing things in her unique, gentle way, loving me and feeling my love in return.

My father died about 13 months later, on July 23, 2015.  I miss him terribly too.  He died from lung cancer, just like my mom.  But his physical decline and death happened much quicker than my mom’s.  He was pretty vital up until the end, and he did not struggle or suffer.

But still, he’s gone and I’m thinking about him all the time, wishing we could talk about all the things we used to talk about and took for granted—my kids, our business, restaurants, movies, whatever.  Now I just have to think my private thoughts and hope that he is somehow part of the conversation.

In the days before he died, I found myself wondering and hoping there would be some sort of messenger as clear as the dragonfly.

Well, two days after my father died I was with my family, visiting model homes in the development where my brother and his wife are having a home built.  While I was standing at the back window of one of the models, a large, bright-red dragonfly began flitting around the window and even tapped against it several times.  I had never seen a dragonfly quite like this one.  I went outside and it flew very close to me then landed on a large plant nearby.  Several times it looked directly at me.  Then it flew out of the yard, only to return seconds later.  That dragonfly stayed close to my son and me for more than 15 minutes, filling us both with a sense of deep comfort and awe.

That sign was enough for me to know that my dad’s spirit is alive and well, continuing to guide me and connected with me at all times. It helps me get through this period of deep loss with less sadness and despair.

Until these incidents I had been hopeful about our ability to connect with those who have died in some way—or rather for them to connect with us.  Now I am convinced.  I don’t wonder if it’s coincidence.  I’m certain that it’s as real as any connection between two living people.  There have been a couple of additional dragonfly encounters since then, further cementing this conviction.

Now that I spend much of my time in the presence of people who are preparing to die, and their loved ones, I find it very comforting to have this certainty (and to be able to share this belief with them, if they are open to hearing it) that the death of our physical body does not mean the end of our connection with our loved ones.