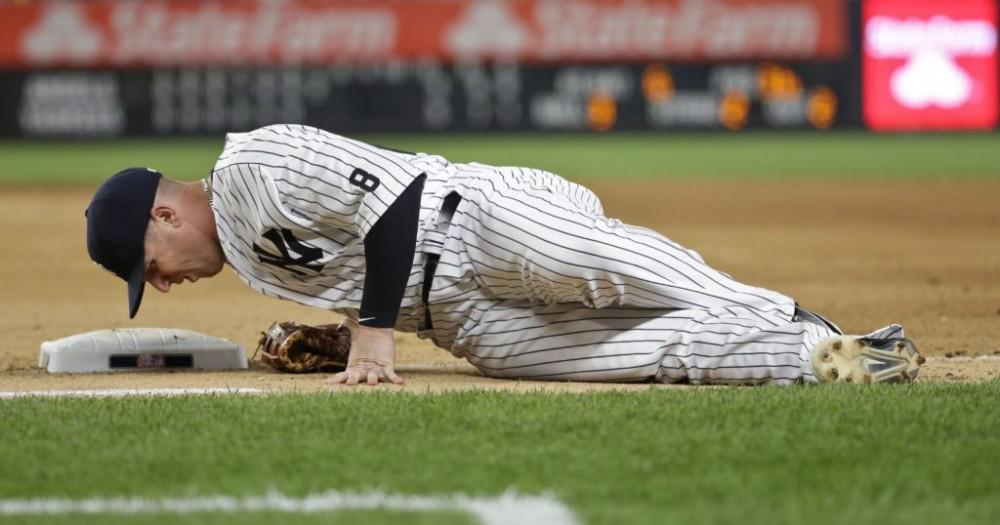 “Have I told you what I’ll be doing after I die?” she asked me.

“In the afternoons I’ll be playing first base for the Yankees and in the evenings I’ll be first violinist for the Philharmonic Orchestra.”

“That sounds pretty wonderful,” I said. “What will you do in the mornings?”

This was part of a recent conversation I had with Louise, a patient of mine who passed away a few days ago.  As a lifelong baseball fan, I was especially drawn in by this vision. I was with Louise and some of her family when she took her last breath and peacefully transitioned.  I’m sure she’s enjoying her new gig as a major league baseball player and a world- class musician.

Louise, like so many of my elderly patients (she’d just turned 88) had told me that she was ready to die and had no fear.  She knew she was dying and had made her peace with it.  She decided that she wanted to spend eternity doing things that she knew she would love but had never be able to do in life.

Louise had been diagnosed with lymphoma some time before and went through several chemotherapy treatments that initially slowed down the cancer, but also slowed her down and made her very weak.  When the cancer progressed, she decided to not do any more treatments and just allow nature to take its course.

Louise’s oncologist had recommended that her daughters contact me and allow me to take care of her through the last stage of her life, however long that might be. I’d recently called the oncologist to tell her about my integrated medical practice for people with complex and terminal illnesses, and she instinctively knew that Louise and her family would greatly benefit from my model of care.

The first time I visited Louise, it felt a bit like an audition.  I had been warned that she didn’t want many people—especially strangers—coming into her home, and she didn’t want anyone, even a doctor, coming in and telling her what to do or what not to do. She was very independent and had become fairly set in her ways.

When we met, however, Louise was extremely charming.  I did sense some skepticism at first, but I understood, because she had no way of knowing that my approach to caring for patients is vastly different than most other physicians she’d met before.

Louise had led an incredible life, and I learned much about it during that first visit.  She and her husband had raised 13 children.  Five children were theirs naturally and the other eight they adopted.  I learned that Louise and her husband were extremely devout, charitable and fun loving people. They travelled the world and they sailed together in just about every part of the world.  They were active in their church and extremely philanthropic.

Twenty-five years ago they’d moved from the South Bay of Los Angeles to San Diego and built a beautiful home on the beach, where Louise still lived, though her husband had died a number of years ago.

At this final stage of her life, Louise was a bit like a queen holding court, though she was very humble and gracious. Family members, friends, priests, etc. would wait for the ok to come up to her room and visit for a while.  Whichever son or daughter was staying with her at the time regulated the visitation schedule to avoid overwhelming her and tiring her out.

I learned that Louise hadn’t been out of her 2nd floor bedroom suite for weeks, and didn’t plan on leaving as long as she was alive. When I entered the room for the first time, I understood why.  She had an expansive, unobstructed view of the ocean with the sand and waves just below her windows and patio.  During the day she looked out on children, dogs and surfers happily playing in the sand and surf, and in the evenings she had a magnificent view of the sunset. It was a beautiful and serene setting—a perfect place to live out her last days.

I made it through the audition and was asked to take over Louise’s care.  I visited her frequently over the next several weeks. She only lived a couple miles from my home and office so it was very easy to pop over for a visit when requested, or when I felt something needed to be addressed. I looked forward to my visits with Louise for several reasons, including her beautiful home and her interesting and friendly children, but mostly because it was an honor to spend time with Louise and be of service to her.

I stayed in close contact with her sons and daughters (in person, by phone and by text,) adjusted her medications, responded when she had fevers or other changes in her condition, and helped ensure that she had the best caregivers taking care of her.  When it became clear that she was entering the final phase, we brought in a wonderful hospice team to provide additional support.

I only got to know Louise in the last month of her life, but like so many other patients I’ve taken care of in their final days, I came to know and care for her deeply. Our time together was intensely personal and meaningful.  We cut through the usual formalities of a relationship and spoke about things that most people never discuss.  Things like what happens after we die, what dying will actually be like, whether we are afraid of death or are welcoming death.  We also talked about our families, about sailing, about our dogs, and religion, and a number of other things that I will treasure forever.

Louise wanted her last days to be peaceful and comfortable.  No fuss.  No attempts at prolonging her life.  Her children understood this, but were unsure how to do that. I got to come in to guide the process and make sure that Louise got what she wanted.  I think we created a great team of supporters to achieve that.  I wish I’d had more time to spend with her, but that wasn’t in the cards. It wasn’t what she wanted. Louise wanted to start playing first base for the Yankees.

People often ask me if my work is difficult or depressing.  They imagine that being with people who are ill and dying would have to be depressing.  My response to them is that while it can be difficult to provide the highest level of care to people with complex and terminal illnesses, and it can be challenging to help families through these very difficult and emotional times, I don’t find it depressing. I know I’m bringing great comfort and peace to people. How can I be depressed when I know how much good my team and I are doing?

I will always have a special place in my heart for Louise and her family.  I will think of her every time I watch a baseball game, or when I listen to an orchestra, and I will recall her gracious and gentle manner and the twinkle in her eye.   It’s time to play ball, dear Louise.