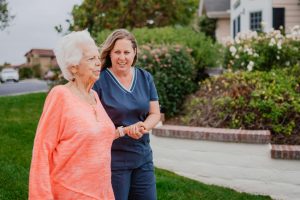 I recently watched a fascinating TED talk about The Harvard Study for Adult Development. Since 1938 (for 75 years!) researchers have been tracking and studying the lives of a group of 724 men from Boston. At the start of the study, half of the men were sophomores at Harvard University and half were from the poorest communities of Boston. 60 of the men are still alive and in their 90’s. The data from this amazing study clearly demonstrates that irrespective of race, profession or income, the people who were the happiest and healthiest as they moved into middle and old age were the ones who had “good relationships.”

This will not be surprising news for most people, but I was very happy to see it being confirmed by high quality scientific research.  It has long been my belief, and the belief of others who study such matters, that strong connection with others protects us and allows us to thrive, while loneliness and isolation kills us.

You may wonder if there comes a point in a person’s life when it’s too late for meaningful relationships and connections to make a profound difference. I don’t think so.

I believe that no matter what age or stage of life we’re at, as long as we are conscious, it is always possible to reap the benefits of greater connection with others, and to experience more joy and more peace of mind through these connections.

I’d like to introduce you to Walter, a patient I’ve had the great fortune to take care of for the past few months now. Walter was experiencing little joy and peace of mind when we met, and it lights up my soul immensely to report that this has completely changed over these past few months.

Walter is a brilliant man, a retired engineer, who never married and led a solitary life. He continued working even into his eighties, because that’s what gave his life meaning.

He was diagnosed with lymphoma last year, and after attempts to treat the disease with chemotherapy failed, his health declined dramatically.

Walter lost a lot of weight and became very weak. He had to hire caregivers to help him at home and a nurse care manager to assist with coordinating his care.

He hired a fiduciary to manage his financial matters. He was placed on hospice so he would have more access to nursing care, medical equipment and medications.

Despite all of this support, Walter felt like he was missing something important. He did not have a doctor who was engaged in his care and looking at the big picture. He was uncertain and afraid about the future.

I was asked to consult with him and explain how I could contribute to his care and how my team could add additional value to his life.

We met on a Friday afternoon in his small and tidy home. Walter was in bed, appeared to be somewhat emaciated, and very reserved. After we talked for a while, he did agree to have me join his team and help oversee his medical care.

I assured him that I would be there to make sure he was as comfortable as possible up until the end. I made some adjustments to his medications. I gave him my cell number and email address.

At that point Walter was extremely weak and his life was severely limited. He spent the majority of his time in bed, and needed considerable assistance to even stand up. He had continued to lose weight and was in constant pain.  I figured that if things continued as they had been, he had a couple of months left to live, at most.

With his somewhat reserved blessing, I sent in members of my team, including my nutrition chef, my massage therapist, my music therapist, my acupuncturist and physical therapist.

Incredibly, his life took on a different hue once we introduced these very talented and compassionate people into his life.

After his first massage therapy session he told his caregiver, “My neck and shoulder feel so much better. I felt as if I was on air when she left.” Tiffany continues to visit Walter at least twice each week, and he will cancel anything else that would interfere with these sessions.

During the initial music therapy session he loved the connection with the music and the musician, and had tears streaming down his cheeks the whole time. Marlo continues to visit him weekly, and the connection deepens each visit.

He receives weekly acupuncture treatments and herbal remedies for his joints and other pains, and he reports that he is now comfortable and off of pain medication. He and Najah have developed a beautiful, trusting and healing relationship.

Even though physical therapy is not a covered service under Hospice, Walter was starting to feel stronger and wanted to become more mobile, so he requested therapy from my physical therapist, Doreen. He’s been a star patient and is now walking without assistance, goes up and down his stairs, and is going out to museums, restaurants and the beach again.

One of Walter’s nieces was visiting from out of town recently, and could not believe the transformation that has taken place in her uncle over the past few months. She wrote that he was far more engaged, positive and healthy looking than she’d seen him in years.

I talked with Walter’s oncologist a few days ago to report on his current status. The doctor was amazed that he was still alive, let alone that he was thriving the way he is. Based on the extent of the cancer and Walter’s condition the last time he saw him (about 8 months ago) he believed that Walter only had a few weeks left to live.

Walter had likely never had the kind of intimate connections he has been receiving over the past months. Many people wouldn’t think it’s important to bring these kinds of services to someone who only has months left to live. My belief is the exact opposite.

Walter may only live a few more months. Or, he may live far longer. It’s possible that his life may be so energized and inspired through these new connections, relationships and therapies that his cancer has slowed down or even regressed

Only time will tell.