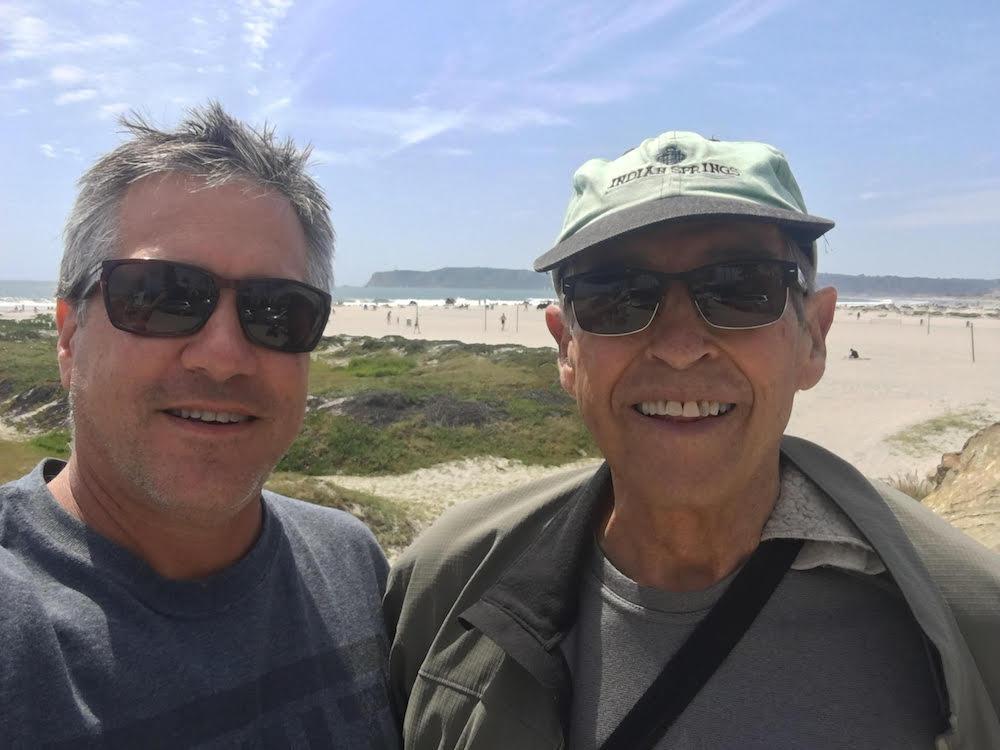 Yesterday one of my patients died.  As often happens these days, John had become more than a patient; he had become a good friend. I’d spent the past eight months caring for him, making sure he was safe and that he had the support he would need to enjoy the remaining months of his life.  He had no family in the area, so we assembled a dedicated team to care for him like family. Better than family! We took great care of John, and yet he still died, and I am missing him. While I knew this was the inevitable outcome when I started caring for him last November, I’m still overwhelmed by feelings of loss and sadness. John was a fighter and was determined to beat the odds his doctors gave him about his prognosis. Despite knowing that his time was going to be shorter than he was willing to admit, I found myself drawn into his fantasy, believing at times that he could defy the odds and live for 10 more years as he claimed he would, instead of the six months he was given.

John’s actual death was gentle and peaceful, though the few weeks leading up to it were challenging.  He died eight months from the time he was given no more than six. Those two additional months were a blessing. But the greater blessing is that all of those eight months were spent at home, with a team of people dedicated to making his life comfortable, and he only had one brief hospitalization. Most patients with his condition would have been in and out of the hospital every month (if not every week). Instead, John had eight months with friends visiting, taking walks to the nearby beach, going to his office and contributing to the company he helped found over 30 years ago, eating foods he enjoyed and living with the fierce determination of one who was going to beat the odds.

John’s situation was especially challenging because, in addition to a terminal heart condition, he had cognitive impairment. I would say he had dementia, but John was so upset by that word—by the label and the restrictions that were imposed on him because of it—that out of respect for him I will use another, less offensive term–cognitive impairment.

Because of this, John would forget people’s names. He would forget about recent conversations that took place (some, not all), he would lose his train of thought and be unable to get back on track. John would sometimes lash out at caregivers because of his frustration with his situation, which caused some unfortunate strain in his home and caused some “thinner-skinned” caregivers to ask for reassignment. But those who were able to stick it out, to penetrate through his sometimes prickly exterior and exacting tastes, discovered another side of John. They were there by his side as he became less prickly and more accepting, and they began to feel the same kind of deep affection and appreciation for John that I did. So, we are all processing and grieving the loss of John.

Sometimes my patients can become part of my daily life. That was the case with John. For the past eight months rarely a day went by without me thinking of him.  This is because every morning his caregivers sent me a text with his weight, how much fluid he took in and how much fluid he put out. In this way, I was able to monitor John closely and make sure that when he gained too much weight, or put out too little fluid I would make adjustments to his medications or consult with his cardiologists. So each morning I got a “John status report” and every day felt that connection with him.

We talked on the phone often, because John liked to share good news with me (like when his weight dropped to the “ideal” level, or he had a special friend visit). John also liked me to know when he was unhappy about something, like when the caregivers didn’t prepare his foods to his satisfaction. I couldn’t always fix the problems, but I believe that just listening to his concerns provided him with some satisfaction and relief.

We ate out together at some of his favorite restaurants.  One was an Italian place in Hillcrest that he’d frequented for years with some of his old-time tennis buddies.  Another was a sushi place he loved with the conveyor belt and the little prizes you’d get when you ate a certain amount. Everywhere we went John had friends.  He always introduced me to them as his “personal doctor”—Dr. Bob. He enjoyed having a personal doctor. My wife and 10-year-old son joined us for one of our lunches out, and they became a part of his life as well.  From that point on, every time I was with John, he asked about my wife and son.  He couldn’t recall their names, but that didn’t matter.  He remembered his feeling toward them and was gracious and caring, and that stayed with him through his final hours of life.

John had a number of disappointments that continued to trouble him during this last stretch of life. The biggest disappointment was that his two children, a son and a daughter, lived on the other side of the world, and had since they were teenagers (they are in their 40’s now), he did not get to see them very often. This made him sad, but he always spoke of them with affection and pride.

The other major disappointment was that he could no longer drive. While he was in the hospital last November, which is when I first started caring for him, a psychologist documented in his record that he had dementia, and an automatic notice was sent to the DMV. John’s driving privileges were then suspended.  When he learned of this a few weeks after coming home from the hospital, John was adamant about getting back his driving privileges, and since he would not accept that he had dementia, he did not see any reason why he shouldn’t be able to drive. He was upset and determined. For months he negotiated with everyone in his life—me, his caregivers, his cardiologists, his children, his brother, his nephew, his attorney—to intercede on his behalf and help him get back his driving privileges.

All of us agreed that John should not be driving. We believed it would be unsafe for him, and likely dangerous for others. But we also didn’t want to be the ones responsible for him not being able to drive.  especially didn’t want him angry with me, because if he lost trust in me I might not be able to care for him any longer, and I knew that his health would be compromised and his quality of life would be reduced as a result.  This isn’t because I’m such a great doctor—it’s because I’m the only doctor I know who practices this way–getting so intimately involved in all aspects of a patient’s care. So we stalled, telling John that we were working on it.  And that was the truth.  we were working on it very slowly.

John did have one last opportunity to drive, for which I am grateful.  had a small cabin about an hour from San Diego, in a remote area near a lake and the mountains. He had wanted to get to the cabin for months because it had needed some repairs and he hadn’t been there to check on the work since the contractor had finished.  Plus, he had many fond memories of his time at the cabin and he wanted me to see it.  So I drove him out there one Sunday morning and we had a very nice time. The repairs had been done to his satisfaction.  We sat outside on the deck and enjoyed the fresh air and sunshine.  He threw some bird seed out and we watched the birds enjoying a snack.  Before we headed home I let John get behind the wheel and he drove on the isolated mountain roads for about 15 minutes. He did a fine job, though I was terribly nervous and white-knuckled the entire time.  On the way home, we stopped at In-N-Out for burgers, which were not on his approved food list.  was a day for deviating from protocol, and it contributed to the bond we shared.

Now John has moved on.  He became gradually weaker and gently faded. In his last weeks, he became more tender and open and allowed some of our loving integrative therapists to come into his life and bring him more peace and comfort- and joy.  His death was peaceful and dignified. John will now exist within the memories and the spirits of the many people he connected with throughout his life.

I have had, and will continue to have, other “Johns” in my life. I become deeply connected with each of my patients quickly. There’s really no time to waste when dealing with the issues we deal with. We usually get right to the truth, to what’s really important, and strong bonds develop from that place. Often, I’m one of the last important relationships my patients develop, for which I’m both grateful and sad.  Grateful that I get to be a part of their life, to hopefully enhance it in some way and ease their burden; and sad that I don’t have more time to know them. But I’m certain that I’m a better person for having known and cared for each of my patients. The occasional feelings of overwhelm and sadness are a small price to pay for this incredible opportunity.