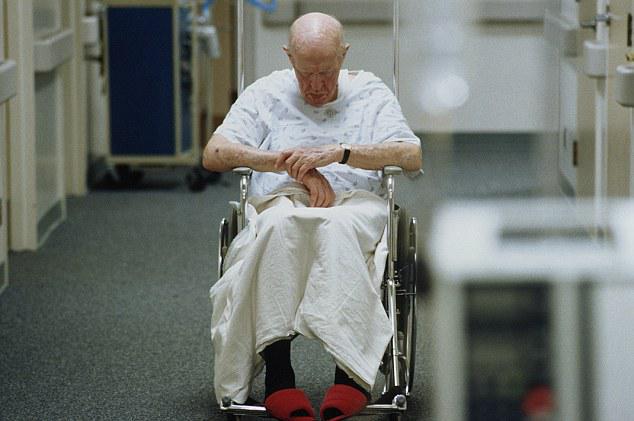 My mother made me promise that I would never force her to live in a nursing home.  Years before, she made the same promise to her mother. I grew up with the perception that nursing homes are sad, lonely places where old or sick people were deposited when they had no one to take care of them, or their families just didn’t want to take on that burden.

Over the years as a physician, and especially the past few years as a palliative care and hospice physician, I’ve been in many nursing homes (skilled nursing facilities, as they are referred to now.) While I’ve been in a number of facilities that are pretty, well decorated, and have caring and competent people working in them, they are still nursing homes. They are clearly not all sad, lonely places, but despite the best efforts and intentions to create more home-like environments, the vast majority of patients in nursing homes would rather live at home or somewhere else.

It’s not hard to understand why. Nursing homes are more like hospitals than they are like home. When you’re in a nursing home you are a patient. You give up control. They have nurses with jobs to do, and many patients to take care of.  Most of the patients have to share rooms, and they are not able to choose whom they share a room with. The schedules they are forced to keep are not their schedules.  They are given medications when it is convenient for the staff. They have meals when it is mealtime. They have therapy when it fits into the therapist’s schedule.  There are often moans and screams during the night.  There are paramedics coming to transport people to the hospital.  There are morticians coming to transport people to the morgue.  It is nothing like a home.  It’s an institution.

I recognize that nursing homes play an important role in the health care continuum. There are many situations when it is the best, or only, option, for someone to receive the care they need, or be in an environment that is safe for them.

But I am also aware that there are many people in nursing homes who do not need to be there and would so much rather be somewhere else. Somewhere they can have a better quality of life and probably live longer.

There are many families who feel guilty about having their loved ones in a nursing home, and would be thrilled to learn that there are other options.

An important part of the mission in my new medical practice, and of my life, is to help people realize that there are other options, and then help to coordinate the care that will allow them to leave the nursing home and live a more enriching, meaningful life in the environment of their choice.  I could share several examples of patients for whom I helped find a better alternative to the nursing home they were living in, and their life (and their family’s lives) improved dramatically.

I share the story of Helen as one example where this guidance made a truly profound impact on a patient and her family.

Helen was an 86 year-old widow. She’d been extremely healthy and active until she had a stroke that paralyzed the left side of her body.  After the stroke, she spent a few days in the hospital, and was then discharged to a nursing home, where she still remained 5 months later. It was a nice, expensive place in a great location. She even had an ocean view from her window, though she rarely got to appreciate the view.

When I met her, Helen was having severe pain from spasms in her arm and leg, so she was on high doses of pain medication which sedated her. She was agitated and hallucinating, so she was on anti-psychotic medications, which sedated her more. She had bedsores and was losing weight. Her adult children, most of whom lived nearby, are all bright and accomplished, though they were at a total loss about what to do for their mother.

They’d hired private caregivers to stay with her most of the day (and some nights) to try to keep her calm and assist her to the bathroom, into her wheelchair, etc. The caregivers and facility staff (and the patient) were calling and texting the children constantly to report issues and ask for instructions. The family had difficulty reaching the facility doctor who didn’t seem engaged or interested in what was going on, which frustrated the family even more.

They were paying almost $30,000 every month to provide care for their mother. Most of this was the private fee to the nursing home, though part of it was for private caregivers, therapists, medications, equipment, etc. Despite this huge expense, everyone was miserable, stressed, and overwhelmed.  Sadly, families are experiencing situations like this all across the country (perhaps the world) every day.

A short time into my first visit it was clear to me what the biggest problem was.  Helen was living in a nursing home and she didn’t belong there.  She needed to be in a different environment, where she wasn’t kept awake at night by people moaning and screaming, or by staff coming in to check on her and give her medications. She needed to be someplace where she had more control over what happened to her.  A place where she had more dignity.

But no one had suggested this,or at least encouraged it, before, so there she remained, day after difficult day, night after miserable night.

Once I suggested that there could be an alternative, the family was very interested, but there were a number of details to sort out, and they had a very hard time agreeing on what was best.  So we held a family meeting, talked for quite a while about the various options, and came up with a plan that everyone could support. I got in touch with some of my resources and made arrangements for in-home caregivers, home health nursing, physical therapy, etc.

Today, just a few months later, Helen lives in a nice 2-bedroom apartment in a very nice independent living community with full-time caregivers.  She is not in pain, is off most of the medications, has friends coming to visit her regularly, and is brought to a nearby health club to exercise with a trainer 4 or 5 days a week.

Her children are living their own lives again, traveling and focusing on their own families and their careers. They visit her regularly- to enjoy being together, not to be putting out fires.

And they are spending less money than they were before—when everyone was completely overwhelmed and miserable.

I hate to think of what condition Helen would be in right now if the family had not requested that I come in to evaluate and care for her.

My grandmother never had to leave her apartment and live in a nursing home. My mother cared for her and made sure that her last years were dignified, supported and as comfortable as possible.

My mother never spent a day in a nursing home either.  When her health declined our family came together to ensure that she could remain at home, surrounded by her husband, children and grandchildren.

I realize that not every family has the necessary resources, and there are times when it does truly make the most sense for someone to stay—for either a brief period or for an extended period—in a nursing home.

But unless you know that there may be better alternatives, you may be relying on old, or inaccurate information, and subjecting yourself and/or your loved ones to a far less joyful, dignified and meaningful experience of life.

If you have a loved in in a nursing home and want to explore whether there could be a better alternative, please don’t hesitate to contact me so we can discuss it.