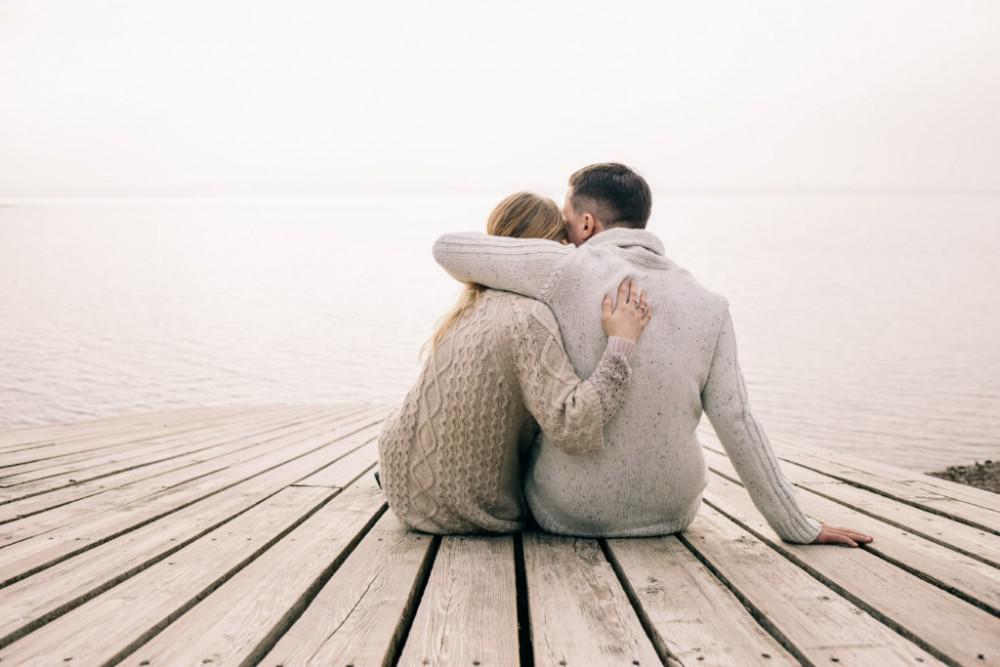 I hear that plea echoed over and over from loved ones. I know it comes from a place of love and fear and is an entirely understandable mindset, but, sadly, it often results in more struggle and suffering for people in their final stage of life. Because of this sentiment, many people encourage their loved ones to undergo medical treatments that result in more harm than good. Even when the chance of any benefit is remote, they press on.  Their loved ones or the patients themselves will do almost anything for “more time.”  It’s the classic “quantity versus quality” conflict that so many people are faced with as an illness progresses, and the options for effective treatment are few or nonexistent. I recently navigated through this complex scenario when I visited a friend of mine and his terminally ill wife.

My friend John had reached out for some guidance and support. His wife Amy was diagnosed with an aggressive form of brain cancer just over a year ago. She had surgery to remove most of the tumor and then underwent chemotherapy and radiation for several months.  Early on, I remember discussions with John when he and his family were very hopeful that she would make a full recovery and be cured. I knew that would never happen, but it was not my place to shatter his hopes. He seemed aware of the dismal statistics of her type of cancer, but couldn’t conceive (or at least admit) that she might be one of the vast majority of unfortunate ones.

According to John’s early reports, Amy seemed to be managing fairly well after the surgery and during the initial treatments. However, a few months ago the tumor started growing again and spread to her spinal cord.  Since then things have gotten progressively worse. She is paralyzed from the waist down. She sleeps most of the time and has bed sores from being so ill and in one position so long. In the past six weeks, she’s had more radiation to her brain and spinal cord, which has made her even more exhausted. She’s being treated with a new immunotherapy agent that hasn’t shown any significant benefit against this type of brain cancer. To receive this medication, she is transported to the hospital every two weeks, where she has blood tests and IV infusions. It’s an ordeal that has become very difficult for everyone—especially Amy.

From my perspective, John and Amy’s situation seems cut and dry at this point.  She has an aggressive and terminal cancer that has progressed despite treatment.  It is still progressing, and there is no additional treatment that will provide a significant benefit.  Nothing will alter the reality that she is paralyzed and dependent on others for everything; this will only get worse. It seems like the obvious choice would be to stop aggressive treatment and provide comfort-focused supportive care through her last weeks or months of Amy’s life.  That seems to be the most loving, dignified, and peaceful approach.

But, of course, it’s not quite so straightforward.

It’s true Amy is dying, but none of her doctors have actually told her or her family this.  They’ve never uttered those words. So Amy and John and the entire family continue to push forward in the hopes of seeing some improvement and having more time with her.  And, as John shared with me, they’ll take her any way they can have her, as long as there’s a glimmer of hope.

Making this more complicated and painful is the fact that Amy hasn’t lived a “good, long life” yet, as many of our patients have. It must be incredibly hard to let go of what she has–a husband who adores her, parents who are devastated by the thought of losing her, three children between the ages of 12 and 24, and a granddaughter.  Amy has been the glue holding her family together.  She can’t bear the thought of leaving them, and, of course, they want her around for as long as possible. John said that he didn’t even need her to be able to respond to him.  He just wants her there. However, John also clearly told me that he does not want her to suffer.

In my work, I encounter situations like this often. People just don’t see things as they really are because it’s painful and highly disappointing.  And because of this, they sacrifice peace and comfort today in the hope of a dream that will never be realized.

This is partly because families have such difficulty letting go, but it is also because the doctors caring for those patients have so much difficulty telling them the truth—how things really are. Doctors (especially oncologists) frequently avoid saying what they know to be true in the hopes of sparing the patient and family the pain of hopelessness.  While their intentions are not malicious, by avoiding the truth, they rob their patients and families of a more peaceful, graceful and dignified end-of-life experience.  These patients and families endure an end-of-life experience that is filled with false hopes, no sense of control, and more struggle.

Don’t get me wrong, there are many great oncologists out there, and I’m privileged to be able to work collaboratively with many of them, but even the best can be challenged by the very difficult conversations about stopping treatment and end-of-life care.

When John excused himself for a bit to help reposition Amy, I sat on the back patio in silent contemplation.  I tried to imagine what it would feel like if my wife, Sandy, were dying.  I felt my chest constrict.  Then I tried to put myself in her parents’ shoes.  Even worse.  Finally, I tried to imagine what it would be like to be Amy.  The person whose life has been ripped apart by cancer, whose previous identity has been shattered, and who was now being experimented on with drugs that were not going to help her while her life was ebbing away day by day.  And I got angry.  Then I felt a shift and experienced a sense of peace.  I knew that in the same situation, I would take control and get off the terrible ride.  And it would be ok. This is what I wanted for Amy.

I asked John, “Have you asked Amy what she wants to do?”

He looked at me as if this idea had never occurred to him.

After a brief pause he answered, “I guess I should do that, shouldn’t I?”

He admitted that a couple of weeks ago when he was lying in bed beside her, she told him that she doesn’t think she can stand this much longer.  He didn’t press her, and the subject hadn’t come up again.

As I prepared to leave, John told me that he would sit with Amy in the next few days and ask her what she truly wanted to do at this point, and would let her know that he would support any decision she made about continuing or stopping treatment.

This may wind up being a very profound gift for Amy—the freedom to stop fighting a battle she can never win, and to stop being a casualty of our medical system’s inability to speak the truth and allow patients and families to make truly informed decisions about how the last days, weeks or months of life will be spent.  But for them to make the right informed decisions, patients and families need to hear the truth from their doctors.